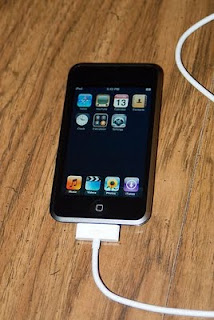 We had a small crisis in our house recently. My 14 year old son’s iPod Touch had an, ahem….unfortunate encounter with our washing machine. It was both our faults – his for leaving his iPod on the floor under a pile of dirty laundry, and mine for just grabbing said laundry, and throwing it in the washer without duly checking it first. Oh yeah, the earbuds were washed too, but they came out just fine, of course.

So after letting it sit in a bag of rice for a week, then sending it in to Rapid Repair for an evaluation, we discovered it was just as expensive to buy a new one. Luckily for my son, Apple just came out with a discounted 3rd generation Touch with twice as much memory in the new one, for about the same price. Lucky him. It was an expensive mistake. At least I’m only paying for half.

Now, lest you think we are extravagant parents who just hand our kid a $300 music player, we’re not. We are what we call “Po.” This is said in a slight southern accident. In our house, “Po” is different than “Poor.” “Poor” is definitely a different thing and is a serious thing…a terrible thing. “Po” is what might be called “cash flow deficient.” We never seem to have enough cash flow. We won’t starve, and we still have DSL and Satellite TV, though it is pretty much our only entertainment. We don’t buy local channels, movie channels or anything extra. I do think DVR would be cool, but I suck it up. We also won’t be going out to dinner anytime soon, visiting relatives out of town, or going to Disney World. Our extra income goes to tuition. 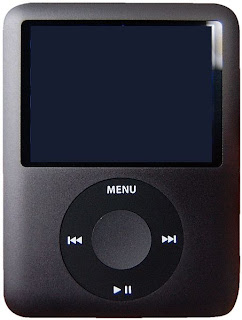 So my son’s iPod Touch would be considered an extravagance. However, he seems to be the only one with cash flow. A year and a half ago, he acquired enough money from Christmas and his birthday to afford a 3rd generation iPod Nano. Since it was his money, we let him buy it, and he took good care of it. Then, as is the way with electronics, he wasn’t truly happy with it. His heart’s desire was the Touch. So, when Christmas rolled around he raked in bucks from generous relatives, added his savings, and bought a 1st generation Touch that was on an incredible sale. As a bonus, I inherited the Nano, since some of our money was his birthday gift.

If you spoke to him, he would be the first one to tell you he is electronically deprived. Yes, we do have 3 computers (soon to be 4) but they were ones his dad built from parts, or we got used, or refurbished. But we have no video game player. I have always said no to PlayStations, etc. because he spends enough time on the computer. Also, since we have only one TV, and that is by design, it would tie up the TV for the rest of the family. He should be playing outside or reading a book, instead.

I have to be honest though, I am rethinking the no video game player (shhh, don’t tell anybody,) because the effect is that he just always wants to be at someone else’s house, playing heaven only knows what. No one wants to come here because there are no video games to play. If they come, they bring their own. It was a big deal when he got a GameBoy and later a DS, both of which he paid for. What does my husband think about all this? He agreed, but does not feel strongly either way.

A phone was also a big bone of contention until this fall. Number one son complained several times in middle school that everyone in his class had a phone, and he was right. But as I told him, you will never be in a place where there won’t be a supervising adult who, I’m sure, will have a phone. I felt they can get into trouble with all the texting and, of course, it costs money. But now that he will be in high school he needs one.

So, as he graduated from 8th grade his present was a phone. The phone he wanted however, was not the $10, or free, cheap phone….NOOO he had to have a new model, more expensive than ours, which are smartphones. I told him to wait during the summer, and that he would have to pay half of it. It turned out that waiting was a very good lesson. The $250 (with contract) phone was on sale for $10 the week before school started! It still costs a lot every month for the service, of course.

Lest, you think “Aha! they have smartphones – certainly not frugal.” Well… first we have no data plan for it. We have smartphones for our business, so we can sync calendar and contacts to Outlook on the computer. But we don’t need, or have, a data plan for our phones. We have the cheapest family plan there is. iPhones would be great but you MUST have a data plan – well, it is unChristian, but I have a certain hand gesture for that. The phone I have does have Wi-Fi which is cool, but I would have to go to the county library or Starbucks to use it. 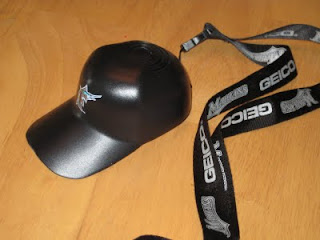 So we have a love/hate relationship with technology at our house because there are so many cool things to do, but not enough money to do them. Such as fix the radio in my car. My 15 year old Honda needs a new radio, but the money would be better spent elsewhere. So I have at times resorted to using a small AM radio, shaped like a baseball cap, that you can hang around your neck, to hear the traffic report. If you keep the brim of the “cap” facing East you won’t lose the station! Hey, what do you want for free. Such technology! And don’t ask my husband about the radio in his car. I mean don’t ask him.

One good thing about this technology though is my rich son passing on his Nano, because I have discovered podcasts. For awhile the attraction with the Nano was playing solitaire, but now that I have racked up over $25,000 in the game and I have worn out the center button (and my thumbs,) I have moved onto podcasts again, which I tried at first but was too busy mentally to enjoy.

I got used to the silence in the car, and do use that time for prayer or thinking… but now, assuming the earbuds don’t continue to fall out, I can enjoy listening to lots of really cool things that I plan on discussing with you in the future. And if you have any brilliant ideas on how to make this cool technology cheap, I would love to know.