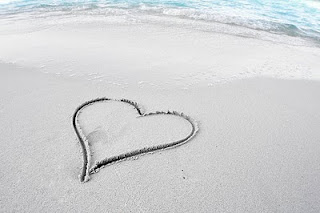 In March of 1920, a bachelor police officer, decided it was time to seriously look for a wife, so – there being no computers or internet then – he used the current technology and put an advertisement in the newspaper.

“Middle ranking civil servant, single, Catholic, 43-years-old, immaculate past, from the countryside, is seeking a good Catholic pure girl, who can cook well, and who can do all housework, who is also capable of sewing and a good homemaker in order to marry at the soonest opportunity.  Personal fortune would be desirable but is not however a precondition.”

The ad did not work.  He received a promotion at work, and decided to try again. He placed the ad again in July.  This time a woman named Maria Peintner, 36 years old and a cook, answered the ad.  There was no personal fortune.  They met at a coffee shop and were engaged a few days later.  The wedding was in November.  The last of their three children was born in 1927 and they decided to name him after his father…Joseph. 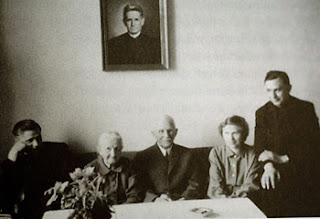 Joseph Ratzinger… Later to become our Pope Benedict XVI.
No one knew how Joseph’s parents met, but later Peter Becker, a former editor of the newspaper, Aotoettinger Liebfrauen Messenger, found the ad and sent it to the Pope who was touched.  The Holy Father said he was reminded of the quote from Albert Schweitzer who said: “Coincidence is the pseudonym that dear God chooses when he wants to remain incognito.”
The elder Joseph died in 1959, and Maria died in 1963.  By all accounts they had a long and happy marriage.  How is it that until about 40-50 years ago divorce was uncommon?  As always, it is a combination of several reasons, but love was different then.  Not so “romantic” but more filled with an understanding of sacrifice and hard work.  There was also not an expectation of finding a “soul-mate,” someone who is the only one who can “complete” you and make you fundamentally happy .  Joseph and Maria met, decided they had the same goals, and were willing to sacrifice whatever it took to make the marriage work and raise their kids.  From that came happiness.  A happiness in God.
May you have a blessed and Happy Valentines Day.  A happiness in God.
http://www.flickr.com/photos/nattu/ / CC BY 2.0

One Reply to “Real Love”