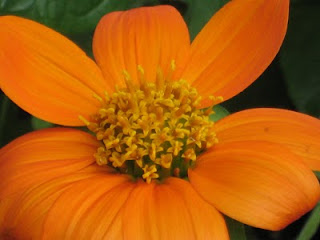 One of the most controversial topics for many Catholics is contraception.  Many couples do not understand that the Church teaches that contraception is wrong.  Other couples know this, but deliberately ignore it for a variety of reasons.  But there is a better way! A way that is natural and completely in line with the teaching of the Church.  It is not the Rhythm Method.  It is a safe, economical, and highly effective way to plan your family, and it is Natural Family Planning.  NFP allows you to achieve or avoid pregnancy by watching biological signs so you know when to have marital relations.  It is a very scientific approach that women around the world (even low educated women) use with great success.

This weekend, as I was ignoring all the work in my house, and wasting time on the computer, I happened upon the Natural Family Planning Facebook group. This is a fantastic site and if you are a member of Facebook this would be an excellent opportunity to learn more about NFP. This group has a wonderful set of resources, and lots of good discussions among members.

I thought I would interview one of the officers, who is the creator of the group, Kristen Bierer, and see what she has to say about how the group began, and how she got involved with NFP. She gracefully responded and here we are:

Marcy K.:  I guess I would start with the question of how you became interested in NFP? Did friends or family recommend it or did you come upon it yourself? What is your NFP story?

Kristen:  I became interested in NFP when I returned to the Church. I was never taught the Church’s stance on artificial contraception, so I began taking the pill when I became sexually active at 18. I continued to use various forms of ABC [Artificial Birth Control] until I became engaged to my now ex-husband. We talked about NFP and took the classes together.

My mother was supportive, my father was not. He thinks that ABC is fine, and doesn’t really get the Church’s teachings against it. My former in-laws, I am not entirely sure of their stance. I do know that my former mother-in-law told my ex-husband that we would be pregnant by June (we were married in May). In the two years of our marriage, we did not get pregnant, even when playing “fast and loose” with the rules.

MK:  What method do you practice? Did you and your husband find it hard to do? Where did you learn it? Do you teach it? What challenges, if any, did you have with it. How has this affected the relationship with your husband?

Kristen:  I used to use Sympto-thermal, but am now using mucus-only as part of the Marquette study. I learned it from a diocesan course that was part of our marriage prep. It was a voluntary class, but I do wish it were mandatory. I think more couples need to be exposed to NFP. My only challenge was actually remembering to put everything on my chart, LoL. I would have it all in my head, but not on paper.

As I stated, my husband and I are now divorced. NFP had nothing to do with it, but the communication it fostered did allow us to separate on amicable terms, and we are still friends.

MK:  If you told anyone you were using this method of child spacing were they supportive or disparaging?

Kristen:  As I said, my mother was rather non-committal, while my father encouraged me to go back on ABC. (Both are Catholic). My little sister was interested but is currently on an IUC (she is also Catholic). My former in-laws only seemed to care about the ability for it to fail (both are Non-Denominational Protestant with anti-Catholic leanings), and were not supportive at all.  I had a few friends who were supportive, and the first to join the NFP group.

The friend who has been the most supportive is my best friend, Kari, who is Pagan. We met when I was Pagan, and she has been the one to continuously encourage me on my spiritual path and in learning and loving Catholicism and everything it teaches. And she is my only close friend that “totally gets” the NFP approach and the reason the Church teaches it.

MK:  When did you feel the need to promote NFP and how did you get this group of people together to start the Facebook group? Do you have a separate website with more information?

Kristen:  I felt the need to start a FB group after seeing other Catholics who had no idea about the Church’s teachings regarding the family and ABC. I started the group, invited my FB friends, and posted an invite on various Catholic FB groups. It just kind of went from there.

We do not have a separate site, but we do have a treasure trove of helpful links available to group members. This can be found under the “info” tab on the group page.  We do not assume that all group members use the same NFP method, thus we provide links to various forms of NFP, and other informational sites. Additionally, we do not assume that all group members are Catholic. Some of our members use FAM (Fertility Awareness Method) rather than NFP. While the group does not support FAM, we are understanding of members who use it.

MK:  What do you recommend for women who have health problems or difficult cycles?

Kristen:  Give NFP a try anyway! You will probably find that your charting and observations allow you additional symptoms for better diagnosis. Additionally, NFP is wonderful for ladies with difficult/strange cycles. While your cycles may not seem to have rhyme or reason, NFP will give you “signals” in advance of what your body is doing.

Lastly, I encourage all women to seek out NFP-only doctors. These doctors will not only help you to find an NFP instructor, they will also endeavor to help treat any problems you may have without masking those issues with BC.

MK: Is there anything else you would like to tell anyone?

Kristen:  Join our group, talk about NFP, be understanding and loving to those that don’t get it, and don’t knock those who just trust in the Lord.