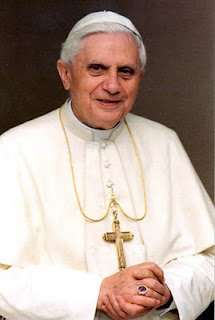 Please pray for the members of the 100 US Anglican Parishes Converting to the Roman Catholic Church.

In November, the Pope Benedict XVI issued the apostolic constitution Anglicanorum coetibus, which invited traditional Anglican parishes around the world who would like to come home to the Catholic Church, to join en masse.

The Anglican Church in America (ACA) will now enter the Catholic Church as a block, bringing in thousands of converts along with their own bishops, buildings and even a cathedral.
They will worship according to Anglican rubrics, and use the Book of Common Prayer, but they will be in communion with the Pope, recognising him as their leader.

This is not the first group to take up the Pope’s offer.  Sixteen parishes in Australia have joined the Church, and there could be 200 parishes in Britain that will do so as well.

Be sure to read the above article and pray for all those who are making this move, both clergy and parishioners.   A change such as this is bound to have hiccups occasionally, but this is such a joy to have our brothers and sisters join us in worshipping Christ, and we need to support them in prayer as much as we can.