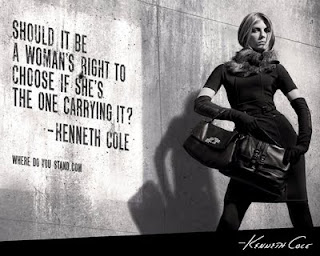 One can only hope that someday this picture will be displayed in a museum of abortion. Like today we have museums for the Holocaust – someday there will be museums showing the depravity of humanity to have killed 53 million people in the US alone, and probably billions around the world in another horrific holocaust. 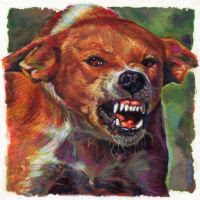 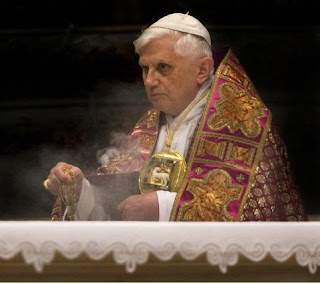 The sex abuse crisis in the Catholic church has been difficult for everyone.  The American church has been rocked for years, and now this has spread to Ireland and parts of Europe.  This has been a boon to those who hate the Catholic Church, especially the media who try their hardest to link any scandal directly with the pope, no matter how farfetched it is.

Unfortunately, many people cannot separate those priests and bishops who have done evil, from the Church herself.  This has caused many to lose their faith in the Church and in Christ.  Others have used the crisis as an excuse to leave.  An excuse to not even attempt to pursue a life with Jesus.

The secular press continues to give the impression that the Church is doing nothing but covering up the problems, but many changes have been made and that will continue into the future.  I want to call to your attention an article in the National Catholic Reporter entitled Will Ratzinger’s past trump Benedict’s present? – The Pope and the Sex Abuse Crisis.

Now, normally I would not recommend anything from the National Catholic Reporter, of which the kindest thing to be said is that it is the main dissenting Catholic newspaper in the United States.  Let’s just say it really lacks any fidelity to the Church.  The paper’s one bright spot though is the reporter John L. Allen, Jr. who shows us in this article that Pope Benedict, who is now arguably the most knowledgeable person in the Vatican on the sex abuse issue,  is on a serious crusade to rid the Church of the “filth” that has invaded it. Here is an excerpt:

Though it didn’t look like it at the time, the turning point in Ratzinger’s attitude came in May 2001, with a legal document from John Paul II titled Sacramentum sanctitatis tutela. Technically known as a motu proprio, the document assigned juridical responsibility for certain grave crimes under canon law, including sexual abuse of a minor, to Ratzinger’s congregation. It also compelled diocesan bishops all over the world to forward their case files to Rome, where the congregation would make a decision about the appropriate course of action.
In the wake of the motu proprio, Ratzinger dispatched a letter to the bishops of the world, subjecting accusations of sexual abuse against priests to the authority of his office… the motu proprio triggered an “avalanche” of files in Rome, most of which arrived in 2003 and 2004. Eventually… more than 3,000 cases worked their way through the congregation.

By all accounts, Ratzinger was punctilious about studying the files, making him one of the few churchmen anywhere in the world to have read the documentation on virtually every Catholic priest ever credibly accused of sexual abuse. As a result, he acquired a familiarity with the contours of the problem that virtually no other figure in the Catholic church can claim.

Driven by that encounter with what he would later refer to as “filth” in the church, Ratzinger seems to have undergone something of a “conversion experience” throughout 2003-04. From that point forward, he and his staff seemed driven by a convert’s zeal to clean up the mess.

Of the 500-plus cases that the Congregation for the Doctrine of the Faith dealt with prior to Benedict’s election to the papacy, the substantial majority were returned to the local bishop authorizing immediate action against the accused priest — no canonical trial, no lengthy process, just swift removal from ministry and, often, expulsion from the priesthood. In a more limited number of cases, the congregation asked for a canonical trial, and in a few cases the congregation ordered the priest reinstated.

In my humble opinion, this cannot come too soon.  Let’s find the priests or bishops that engaged in this evil and get rid of them as soon as possible.  Out.  Out.  Now.  Let’s rid the Church of this evil, clean up this mess, help the victims, support the majority of priests that have been demoralized and spat upon because of the few, and get on with spreading the teachings of Christ.

You need to read this article to see how far we have come and what is actually being done to solve this problem.

UPDATE:  Here is another article by the same author you may want to read as well:
Keeping the Record Straight on Benedict and the Crisis.
and you might be interested in Fr. Dwight Longenecker’s commentary at Standing on My Head 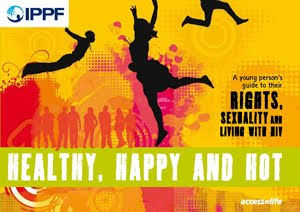 Gee, they persecute the Boy Scouts for discrimination, etc. but what do you think the press says about what the Girl Scouts are doing?…pretty much nothing.

Now, I know individual Girl Scout chapters that are run by wonderful Christian women, and the girls are not subjected to this, but this is what the top leadership is doing. And why are the Girl Scouts involved in this? Perhaps “Little Flowers” or “Heritage Girls” might be a better choice. 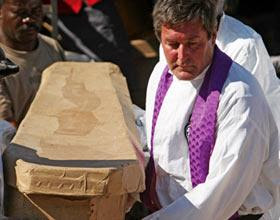 Death everywhere.  Cigarettes, rum, kidnapping, and thousands of corpses without a name.  Life in Haiti is never easy but now, after the earthquake, it is unbearable.  Fr. Rick Frechette ministers to the people of Haiti and the conditions are like a trip to Hell.  The Weekly Standard has an in depth and detailed story of what life is like for this priest and the people he ministers to.  Love Among Ruins is a difficult read, but it reaffirms how we need to support the dignity of all people in both life and death. 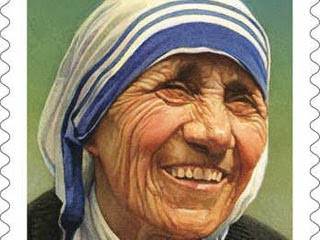 You have got to be pretty low to protest Mother Teresa:  Atheist Group Blasts Postal Service for Mother Teresa Stamp.